Hiding the Truth? – The Mistranslation of Our Lady’s Words in Sr. Lucia’s New Biography

Hiding the Truth? – The Mistranslation of Our Lady’s Words in Sr. Lucia’s New Biography 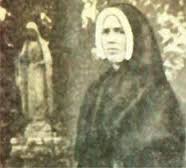 Christopher Ferrara, the author of a popular book on the two-text theory concerning the Third Secret of Fatima, The Secret Still Hidden, has recently flagged up a major criticism of the English translation of A Pathway Under the Gaze of Mary, which specifically relates to a key portion of the text which confirms the existence of an interpretation of the Third Secret that was given to Sr. Lucia by the Virgin Mary.  The key sentence in question concerns the words of Our Lady, which appears in the official English translation as: “Be at peace and write what they order you, but do not give your opinion of its meaning.” I had noticed this difference myself at the time, with the implications behind it being that Sr. Lucia was forbidden by Our Lady to give any of her own opinions on the Third Secret. This is quite different from the original Portuguese version, which makes it quite clear that Sr. Lucia was actually given an interpretation of the Third Secret by the Blessed Mother herself, and that she was instructed not to write down this interpretation at the present time: “….be at peace and write what they command you, not, however, what is given to you to understand of its significance.”  See Ferrara’s full critique of this faulty interpretation here. This of course does not mean that Sr. Lucia was not told by Our Lady to write down this interpretation separately at some point in the future, which would go on to explain the existence of two texts related to the Third Secret in the first place. The World Apostolate of Fatima, who publishes the English version of A Pathway Under the Gaze of Mary, has since admitted that this translation is indeed faulty, and plans to amend it in a second edition of this work (see here). I plan to address this subject and other issues of relevance in a forthcoming second edition of my book Unveiling the Apocalypse, which should be published by either late September or October.